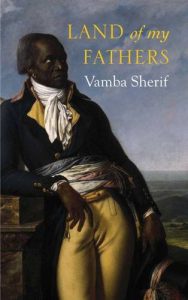 This novel is about the founding of Liberia with the return of the freed slaves from America to Africa in the 19th century. The novel describes the interaction of these settlers, the so-called Americo-Liberians, with the tribes which already populated that area. It was not an easy interaction. Frequently it was characterised by ignorance on both sides, but especially on the part of the Americo-Liberians. They were a vulnerable people: they lived in a freed state but around them the British and the French were carving up Africa. Moreover, the tribes were still trading in slaves. The new republic, which no one believed would ever survive, found itself trapped between fear of falling apart and the inability to understand the forces around them: the British and the French on one hand, the tribes on the other. Mistakes are made, terrible mistakes, which sometimes stemmed from ignorance or prejudice. The tribes, used to dealing with the British and the French, saw the founding of Liberia as a threat to their existing trades in slaves, ivory and other goods.

The novel is a story of friendship. One of the two main characters, Edward Richard, a man born into slavery, leaves America in search of his beloved Charlotte. In Liberia, he’s confronted with a country that’s trying to stand on its feet. Edward, a preacher by profession, believes that the future of Liberia lies in working together with the tribes. He goes into the hinterland, preaching the word of God. There, in the far north, he meets an extraordinary man who becomes his friend: Halay. This Halay, at a certain point in his history, when the people are threatened with war, sacrifices himself to avert all wars. With his death, the people believed, no war would ever threaten the land. But the irony of history is that a century later a war would ravage the land, sweeping up in its destructive path the descendants of Edward and Halay.

Land of my fathers – An Excerpt

My mother distributed what was left of her things among the market women who had fought her, and my father gave his fishing gear to a neighbour. The old lady returned to her house. ‘I am not leaving,’ she said. ‘I’ve seen enough of this world. I will be right here when they come. If they decide to kill me, so be it.’

«The Witness
»Bound to Secrecy

Land of my fathers – An Excerpt

This book is for sale at HopeRoadpublishing.com